Barrett-Jackson, the World’s Greatest Collector Car Auctions, will include an enviable offering of the iconic 1969 Chevrolet Camaro during its 4th Annual Northeast Auction, June 26-29, 2019, at Mohegan Sun in Connecticut. This year marks the 50th Anniversary of the 1969 Camaro, which is widely regarded as one of the most popular vehicles built during the golden age of muscle and pony cars. The Northeast Auction will include several desirable models, including a stunning 1969 Camaro Z/28 (Lot #715), which is one of 20,302 Z/28s produced for the 1969 model year.

“The 1969 Camaro is considered one of the pinnacle vehicles of the classic muscle and pony car era,” said Craig Jackson, CEO and chairman of Barrett-Jackson. “The Z/28 packages produced a near-perfect combination of horsepower and weight at the time, and the RS, SS and COPO packages gave consumers countless options. The Camaro became one of the most desirable cars in 1969, selling over 240,000 units. Over the years the 1969 Camaro has continued to resonate with collectors, and we’re excited to have some stunning examples at our Northeast Auction.” 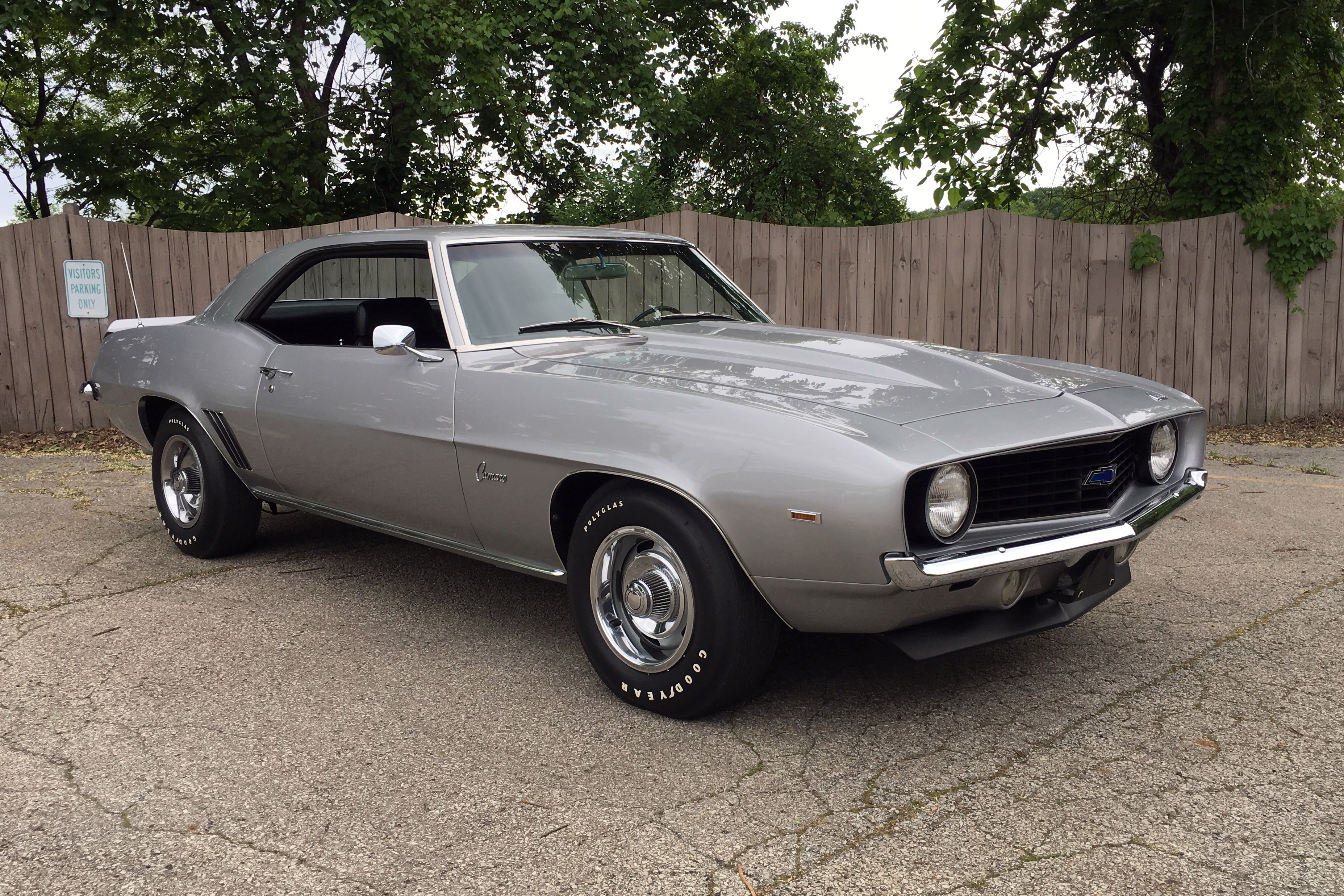 This 1969 Camaro COPO 9561 (Lot #675) is powered by a 427/425hp engine mated to a 4-speed manual transmission. COPO Connection Certificate and GM Canada documents. From The David Maxwell Collection

1969 Camaros crossing the block at Mohegan Sun include a COPO model (Lot #675). Originally delivered to Sarnia, Ontario, and with GM of Canada documentation, this COPO 9561 is powered by a V8 engine with an aluminum intake and Holley 4-barrel carburetor. It comes with a COPO Connection Certificate of Authenticity, the original owner’s manual and is listed in the Supercar Registry for 1969 supercars. In addition, there’s a 1969 Camaro Z/28 (Lot #659) that has been authenticated, certified and inspected by Jerry MacNeish of Camaro High Performance, Inc. An all-matching-numbers first-generation Camaro, it underwent a complete frame-off, nut-and-bolt concours-level restoration.

“The fact that we’re celebrating a car 50 years after its initial production says a lot about how endearing it is among enthusiasts,” said Steve Davis, president of Barrett-Jackson. “The 1969 Camaro was a real head-turner when it first rolled off the production lines. It comes as no surprise that 50 years later we’re still talking about them and their growing desirability among collectors. We’re excited to help continue to fuel that passion with some of the best classic and Resto-Mod Camaros at Mohegan Sun.” 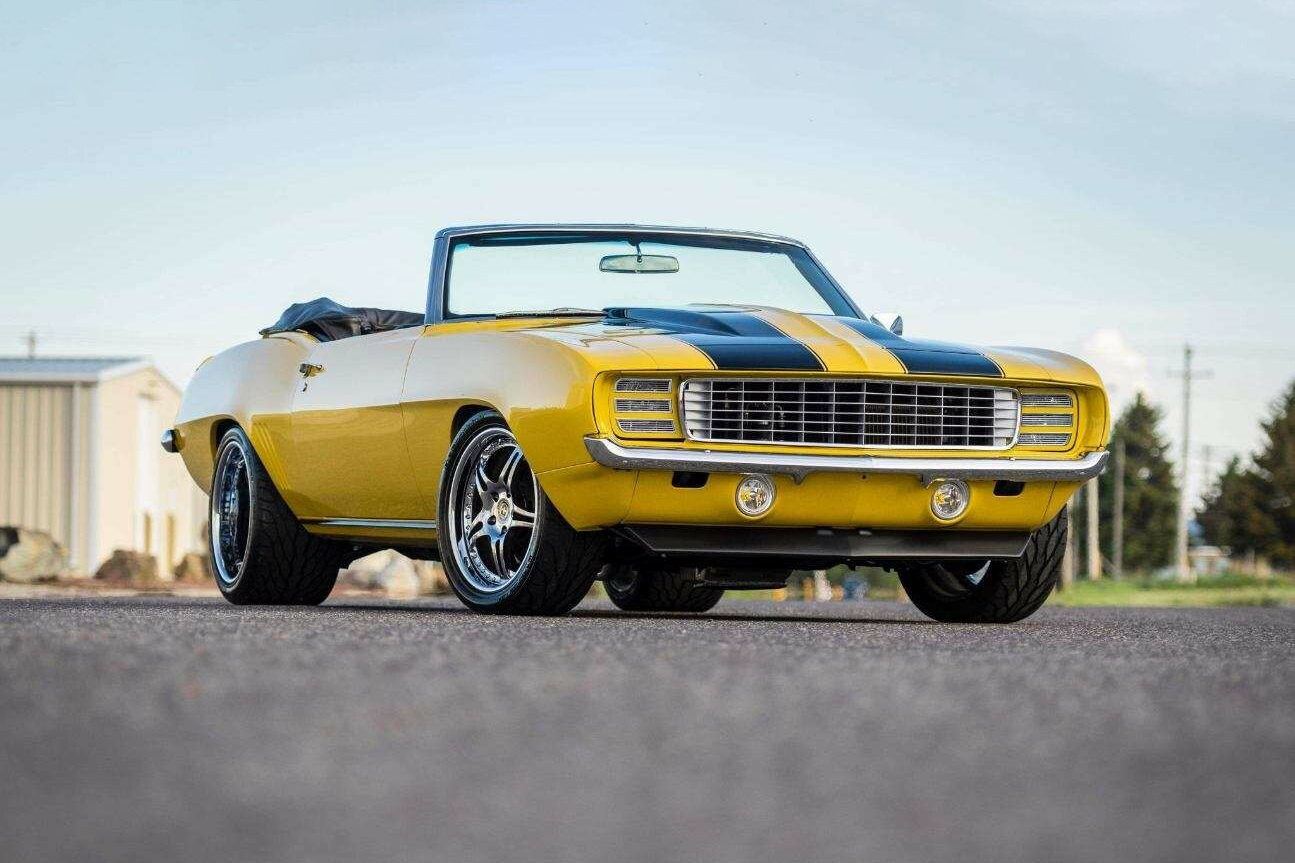 Among the 1969 Camaro Resto-Mods to cross the block is Lot #693 from the David Maxwell Collection. Professionally rebuilt inside and out, this Camaro Resto-Mod has a LS3 engine, with only test miles since its completion. Custom, state-of-the-art touches include a Concept One front pulley system, Be Cool radiator, Detroit Speed QUADRALink rear suspension and Bear Claw 4-wheel power disc brakes. Interior upgrades feature Recaro buckets with RJS harnesses and custom carbon-fiber console and dash with new gauges, custom steering wheel with tilt column, and a custom stereo system with Kenwood head.

Lot #683 is a 1969 Camaro that has been turned into a modern-day classic as a no-expense-spared build for Colorado Avalanche player John Michael Liles. Modern performance upgrades include a GM LSA 6.2-liter supercharged engine, Be Cool radiator, Detroit Speed QUADRALink adjustable suspension and Wilwood 6-piston brakes. This Camaro sports a complete custom-designed interior with leather seats, custom-finished trunk and a power convertible top. The paint is a custom pearl with a light amount of metallic, and the build has less than 5,000 miles since its completion.

Other 1969 Camaros crossing the block at Barrett-Jackson’s Northeast Auction include: