Barrett-Jackson, the World’s Greatest Collector Car Auctions, will offer an incredible mix of classic Ford Mustangs during its 4th Annual Northeast Auction, June 26-29, 2019, at Mohegan Sun in Connecticut. When introduced by Ford in 1964, the Mustang sparked a revolution in automotive design and performance that continues on through today. Among some of those early Mustangs crossing the block at the Northeast Auction is a beautifully restored one-owner 1965 convertible (Lot #375) and a 1965 2+2 Fastback (Lot #365) that has been restored to original specifications. .

“Classic Ford Mustangs remain highly coveted by collectors,” said Craig Jackson, CEO and chairman of Barrett-Jackson. “These early Pony cars ushered in a new era of engineering and performance for enthusiasts, and we’re proud to have such an incredible mix of Mustangs cross our block at Mohegan Sun. Our Northeast Auction is the perfect opportunity to indulge in the ultimate automotive lifestyle experience. Since coming to Connecticut in 2016, our Northeast Auction has grown into the premier auction on the East Coast to buy and sell the collector car of your dreams.” 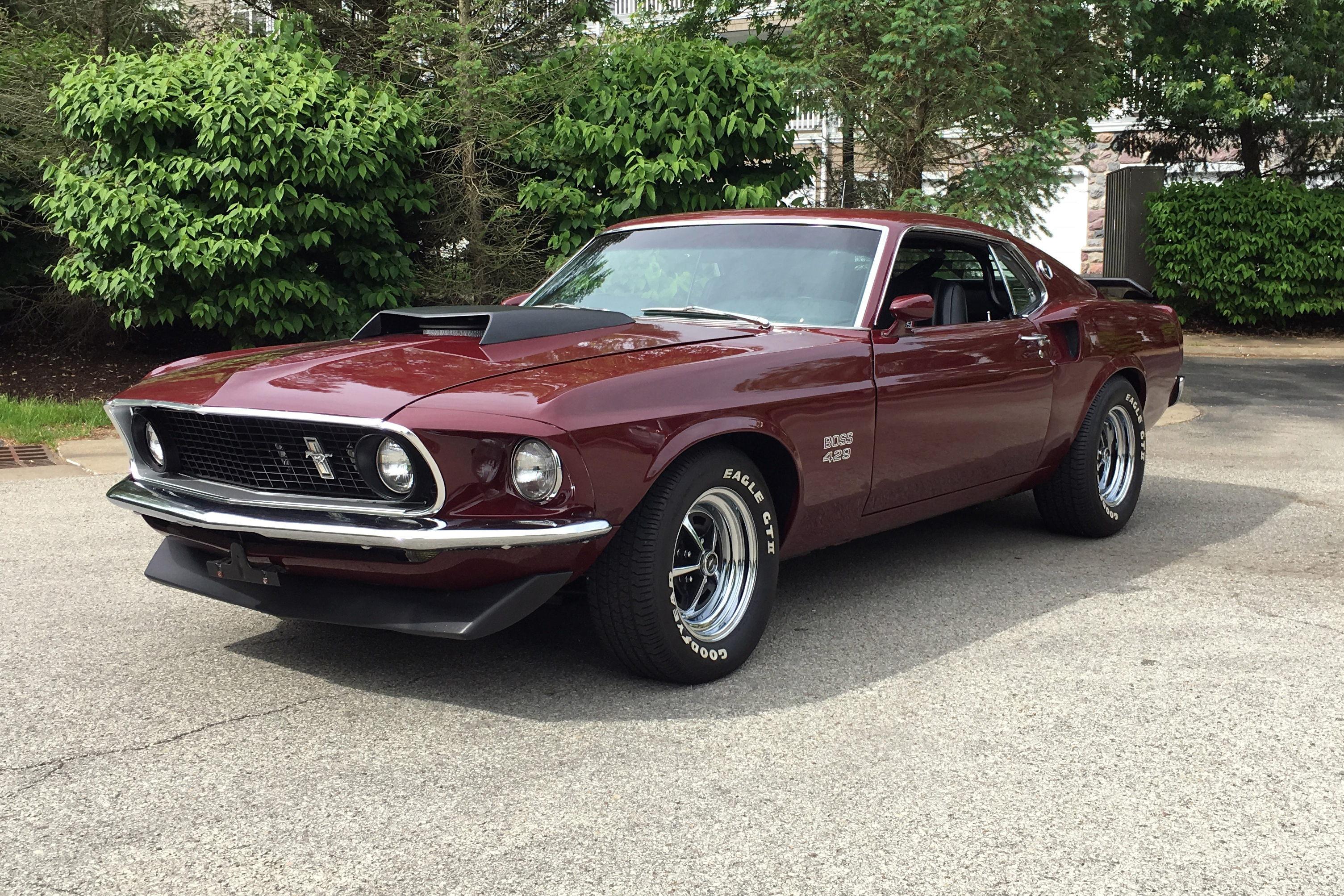 Lot #689 is the 193rd Boss 429 produced. Powered by a Boss 429ci V8 engine, built and balanced by Ross Racing and Restoration, backed by a 4-speed manual transmission with 3.91 Traction-Lok rear end. From The David Maxwell Collection, crossing the block on Saturday, June 29 with No Reserve.

Among the most notable classic Mustangs crossing the block at Mohegan Sun is a 1969 Boss 429 (Lot #689), the 193rd produced during the first year of production. It features several performance modifications, including a 521 stroker crankshaft, dual 750 cfm carburetors, front disc brakes and upgraded front suspension. Also crossing the auction block in Connecticut is a 1968 Mustang Custom Coupe Green Hornet Re-creation (Lot #648) powered by a 428ci V8 engine putting out 360 horsepower mated to an automatic transmission. Another highlight is a 1964-1/2 one-owner Ford Mustang (Lot #374) powered by a 3-speed manual transmission. An iconic ʼ60s Pony car, this Mustang shows well and has been refinished in its original shade of Silver Smoke Gray Metallic paint with a factory red stripe.

“Our youngest auction at our newest venue, now in its fourth year, continues to pick up momentum, as the Northeast continues to be an incredible market for collector car enthusiasts,” said Steve Davis, president of Barrett-Jackson. “It’s a place where all generations come together to celebrate the lifestyle of this incredible collector car universe that we’re a part of. We’re excited to continue to fuel this excitement for our Northeast Auction with some of the very best early examples of Ford’s legendary pony car.” 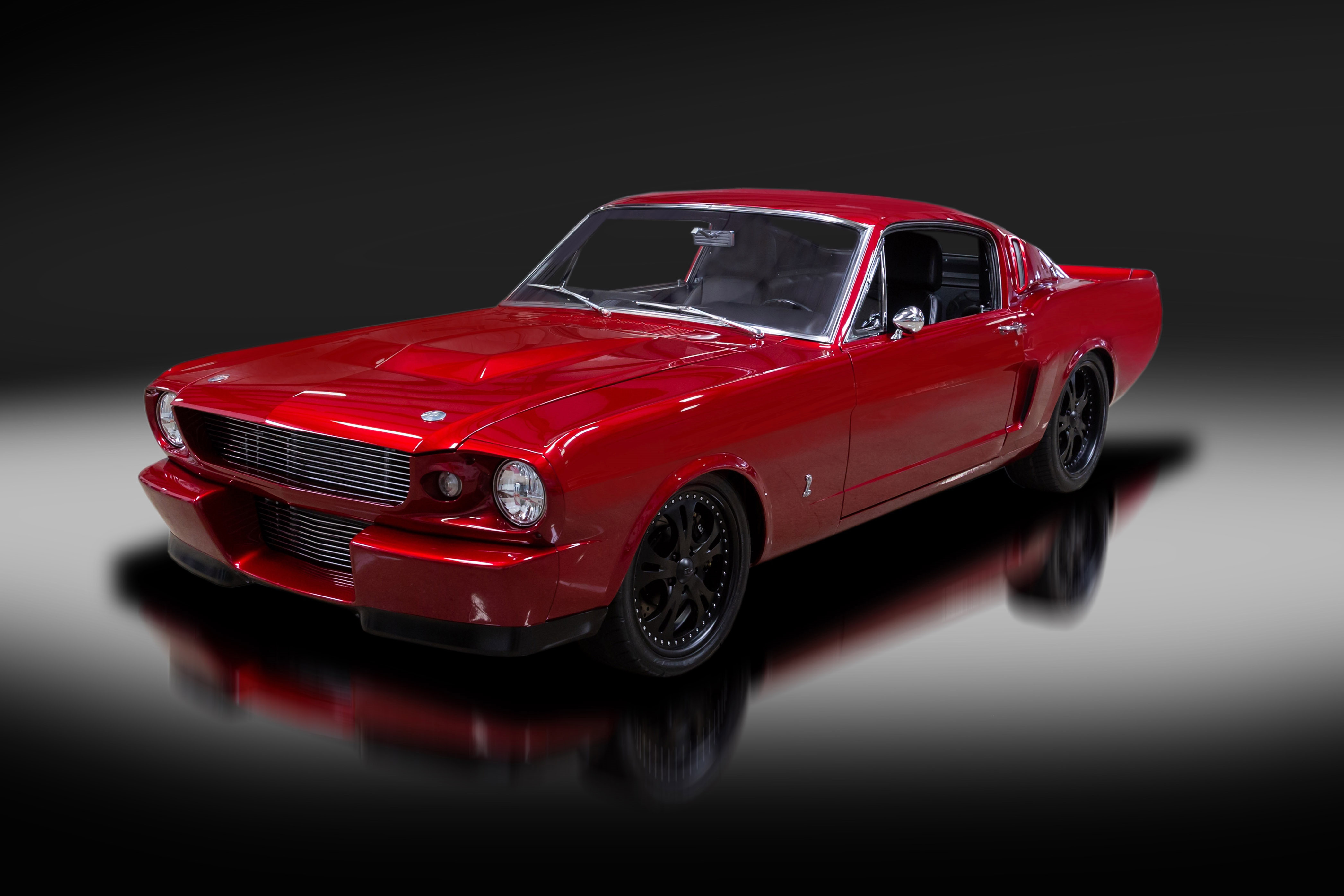 Barrett-Jackson’s Northeast Auction will include well-known custom and Resto-Mod versions of the classic Mustangs. (Lot #684) is an officially licensed 1967 Eleanor Tribute Edition that began as a factory-original big block S-code GT fastback. This zero-mile, professionally restored Mustang comes with genuine Eleanor Certification paperwork, Eleanor body, VIN plate and emblems. A 1965 Ford custom fastback (Lot #704) known as “Toxic” on the Northeast docket was professionally restored and has only 60 test miles since its completion in 2017. It features extensive upgrades inside and out and has received a number of prestigious awards. Also sure to attract some attention is a 1968 convertible Mustang built as a 1967 GT350 re-creation (Lot #717). The product of a professional rotisserie restoration, using many original factory and survivor parts, has only 1,280 miles since its completion.

Other classic Mustangs crossing the block at Barrett-Jackson’s Northeast Auction include:

Click here to view the entire 2019 Northeast Docket. Click here to consign a vehicle or visit https://www.barrett-jackson.com/bidder/home or information on becoming a bidder. Advance ticket sales, four-day ticket packages and information on VIP Packages are available at Barrett-Jackson.com.